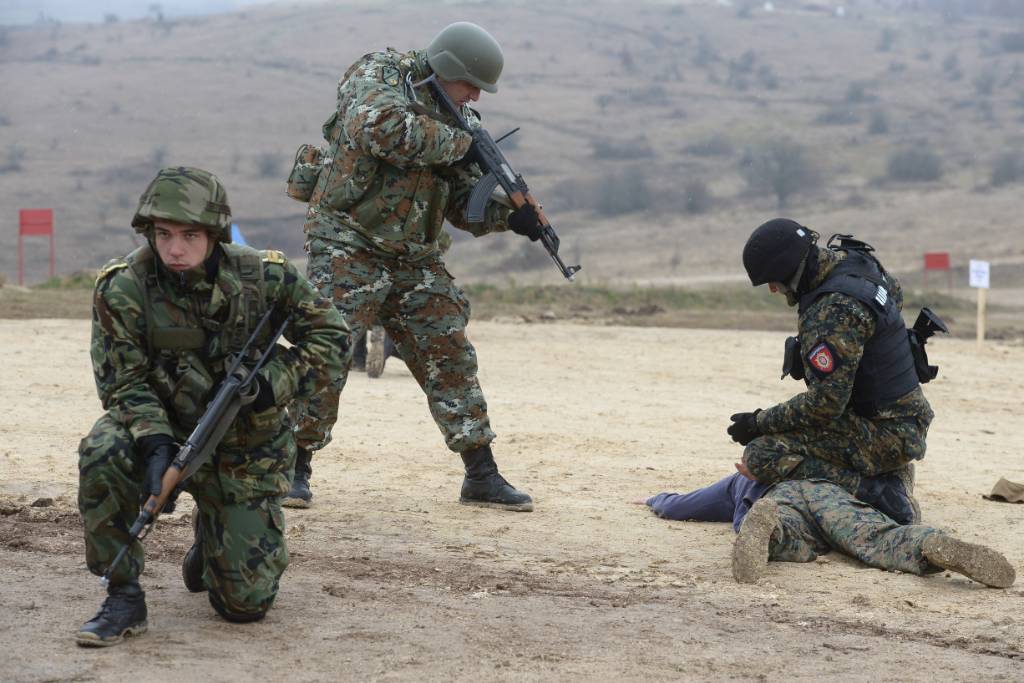 The last day of the multinational tactical exercise “Platinum Wolf 15” which began on November 17, 2014 at the Center for Training Units for Multinational Operations of the Armed Forces of Serbia at South base was attended today by Minister of Defence Bratislav Gasic and Head of the General Staff of Serbia General Ljubisa Dikovic with members of the Collegium.

The final display of this very important activity that included SAF units and members of Marine Forces of the European Command of the US Armed Forces, Armed Forces of Croatia, Bulgaria, Macedonia, Romania, and, for the first time, Gendarmerie of the Ministry of Interior of the Republic of Serbia (about 250 participants in total), and it was also attended by defence attaches of member states and guests. 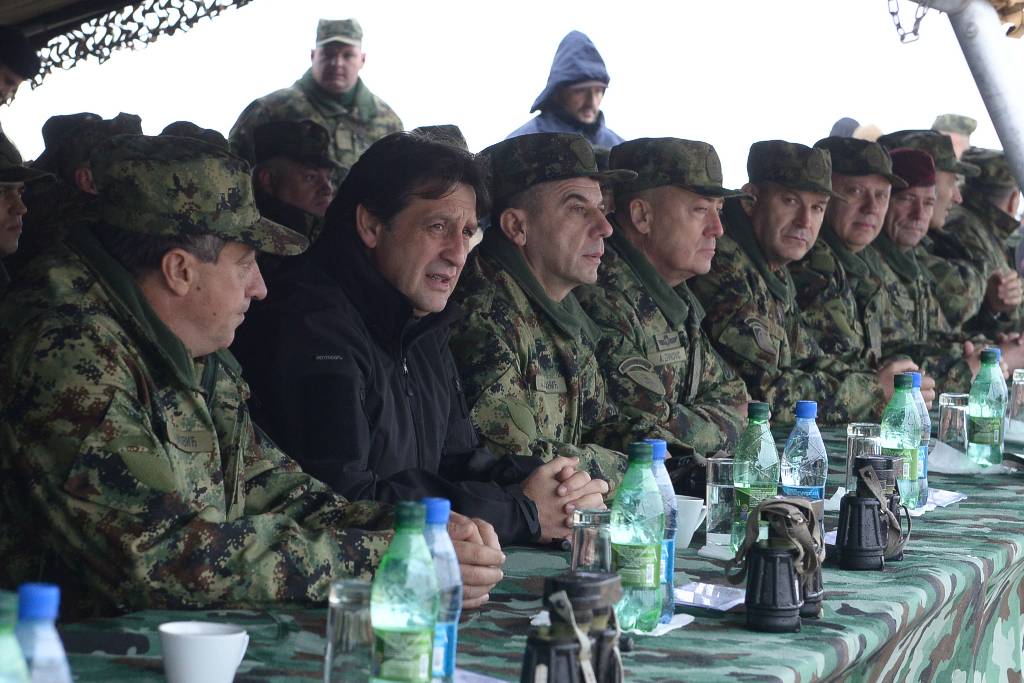 After the practical part, which presented steps and procedures in case a patrol finds a person of special importance, their apprehension, demonstration of non-lethal weapons and ammunition, and procedures followed by the international platoon located at the base in the field which deals with local residents and protestors, Minister Gasic expressed his content with another exercise that the Armed Forces of Serbia had conducted with its partners.

- South base is increasingly becoming a multinational center for training units referred to peacekeeping operations, and what matters the most for us is the exchange of new knowledge, practices and opinions, because this leads to what is the most important when it comes to the Armed Forces of Serbia – to operative and functional capabilities – Minister of Defence said, stressing that such activities are very important. - Yesterday, we saw off a unit of 72 our members to the Central African Republic. With this, Serbia has over 500 members in international missions for the first time, which makes it an important factor in security export, which we are very proud of, because this is the pinnacle of 15 years of work and participation of our military in peacekeeping operations – Gasic stressed, adding that he is glad and proud because, wherever he had gone and whomever he had talked to, he had been assured that Serbian soldiers are respected and appreciated for their knowledge and skills.

The goal of the exercise was to increase interoperability and mutual understanding of members of partner countries on the tactical level, while members of units that participated were trained in handling non-lethal weapons, and in planning, preparation and realization of tasks in peacekeeping operations in a multinational environment.

This is the second such exercise that has been conducted at South base this year. The previous exercise Platinum Wolf 14, which included firing platoons from the formation of the Fourth Army Brigade was conducted in July this year.