Multimedia exhibition of medals, photographs and documents "Milunka Savic – heroine of the Great War" has opened tonight at the Small Gallery of the Serbian Armed Forces Central Military Club.

The exhibition, organized by the Ministry of Defence of the Republic of Serbia, Serbian Broadcasting Company and the Historical Museum of Serbia was opened by the Speaker of the National Assembly of Serbia, Nebojsa Stefanovic, and the audience was addressed by the Head of Public Relations Department of the Ministry of Defence, Colonel Petar Boskovic, Acting Director of the Historical Archives of Serbia Miroslav Zivkovic and the author of the exhibition and the first documentary film about the Serbian heroine Sladjana Zaric.

The opening of the exhibition was attended by Defence Minister Nebojsa Rodic, State Secretary of the Ministry of Defence and Asistant Ministers of Defence, representatives of the Serbian Armed Forces, the family of Milunka Savic, public figures, and many other guests.

Speaker of the National Assembly said that he perceives the tonight's event as the beginning of correcting the historical injustice inflicted by Serbia to one of its greatest heroines. 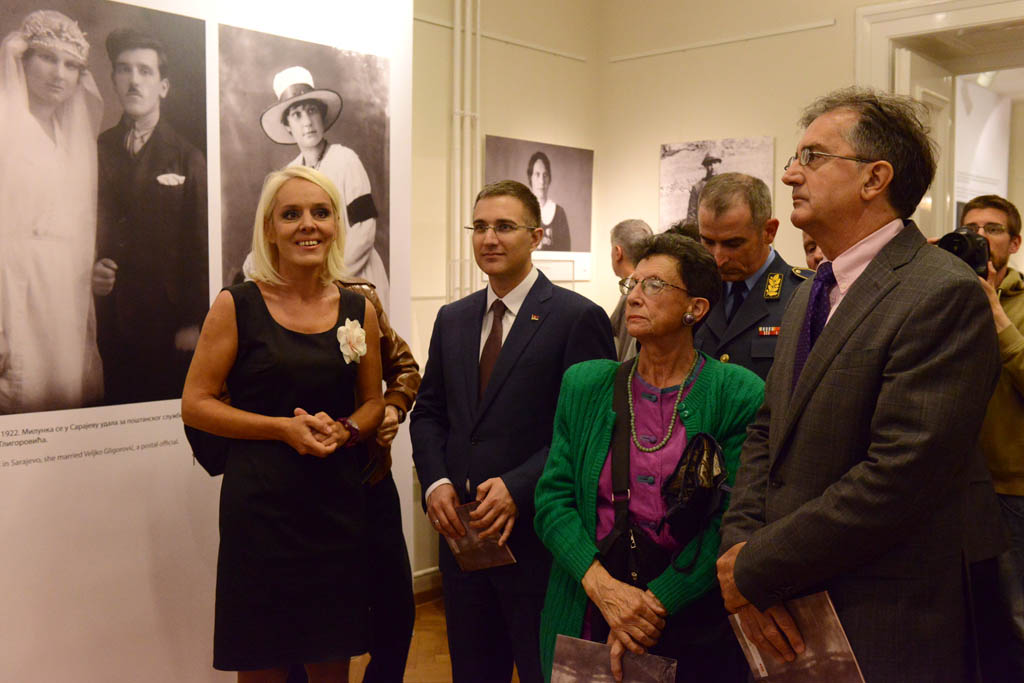 t the celebration of her life will make us to be proud of us as a nation and be proud of what Milunka Savic did for us. She was a brave woman. Fighter. Our heroine in front of which also the French generals and Russian officers stood still and the entire regiments lined, Stefanovic said.

He added that this fearless woman was forgotten after the end of the war, because people quickly forgot her merits, heroism and numerous decorations.

- There followed a nearly infinite silence and oblivion. Tonight we are proudly speaking about the brave and noble woman who obliged Serbia. Today, this exhibition is to pay our tribute to a heroine who contributed at that time that our small country was a big one on the map of Europe. Serbia must never forget its heroes and must always remember the brave and noble things they have done, Stefanovic said.

Colonel Boskovic pointed out that the exhibition was opened in the former House of Warriors for which Milunka gave her benefaction.

- We are returning to her with due memory because it is much more what she gave to Serbia than what Serbia had given her. For her bravery Serbia gave her four medals, just one more than the Allied France. After the war, it gave her also the cleaning job whith which she earned her pension. And it was after the war that she continued to give to Serbia by raising her daughter, three more children and educating thirty more. In the World War II she established a small hospital because of which she was taken to the camp in Banjica, and stayed alive only thanks to her military glory that she began to write at the age of 20. Glory and praise to Milunka Savic and all the freedom fighters of Serbia, Colonel Boskovic pointed out. 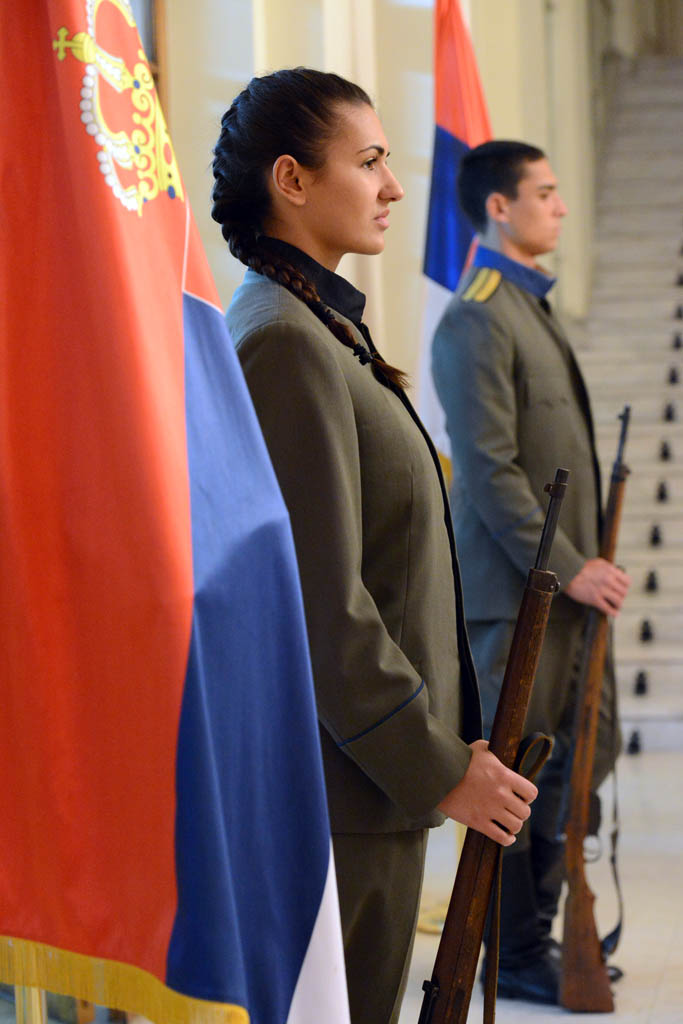 The Acting Director of the Historical Archives of Serbia Miroslav Zivkovic described today's exhibition as giving an insight into a year of memory of the glory days, 100 years after the outbreak of the First World War.

- We joined the Ministry of Defence and Serbian Broadcasting Company in allowing the general public to know the truth about our Joan of Arc, the heroine of the Great War, Milunka Savic. I had the great honor to launch the initiative to build a monument to Milunka in front of the Historical Museum, said Zivkovic.

Sladjana Zaric thanked everyone who helped make the exhibition at a level that Milunka Savic deserves.

- Serbia has the most decorated woman in the Great War. This is the thesis to which we have come talking to the Serbian historians and historians from England and France. But there's an absurdity – this great woman is very little known in Serbia. Therefore this and subsequent events will be an attempt to repay Milunka Savic, said the author of the exhibition and film about the Serbian heroine.

In the exhibition, which will last until 12 October, the decorations of the Serbian heroine, which are owned by her family, are exposed for the first time. The display "Milunka Savic – heroine of the Great War" includes primarily reproductions of Milunka's family, personal, and war photographies, made mainly in Tunisia, Thessaloniki and Paris, many of which have never been presented. The visitors can see the rich archival material – copies of documents, the reconstruction of the flag of the Second Iron Regiment in which Milunka fought, and uniforms of officers and soldiers of the Serbian Army of that period. The exhibition will be supplemented by the so far unexposed portrait of Milunka Savic by painter Sinisa Labus, as a gift from the Society of Serbian Hosts to the Historical Museum of Serbia. 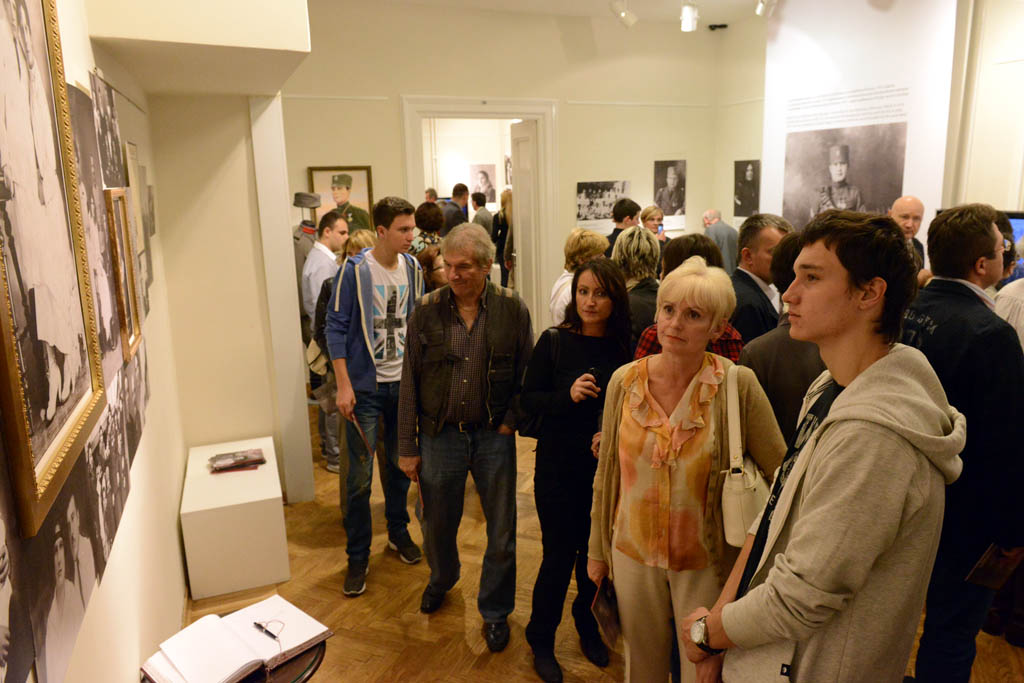 Milunka's grandson, Djordje Minkov said that everything was very well organized and professional.

- I would like to commend Sladja's efforts and work, and to point out that this is another thing that has been made about the grandma. Before her, it was done by Bratislav Petkovic, the former Minister of Culture, when he prepared a great show about her, and these are the two best things that have been made about Milunka Savic, her grandson said.

Historian Bojan Dimitrijevic, from the Institute for Contemporary History, said that this is correction of the big injustice that has been done towards a famous soldier, Milunka Savic, atypical for Serbian history.

- She is a shining example of human sacrifice at the time for the state and nation. Both film and the exhibition were made at a high level, and are a basis for further study of the life and work and the historical role of Milunka Savic, as so far we have not had an adequate number of scientific works, documentaries and exhibitions about that, Dimitrijevic said.

The exhibition shows clips from the documentary film "The Heroine of the Great War" by Sladjana Zaric, directed by Ivana Stevens. 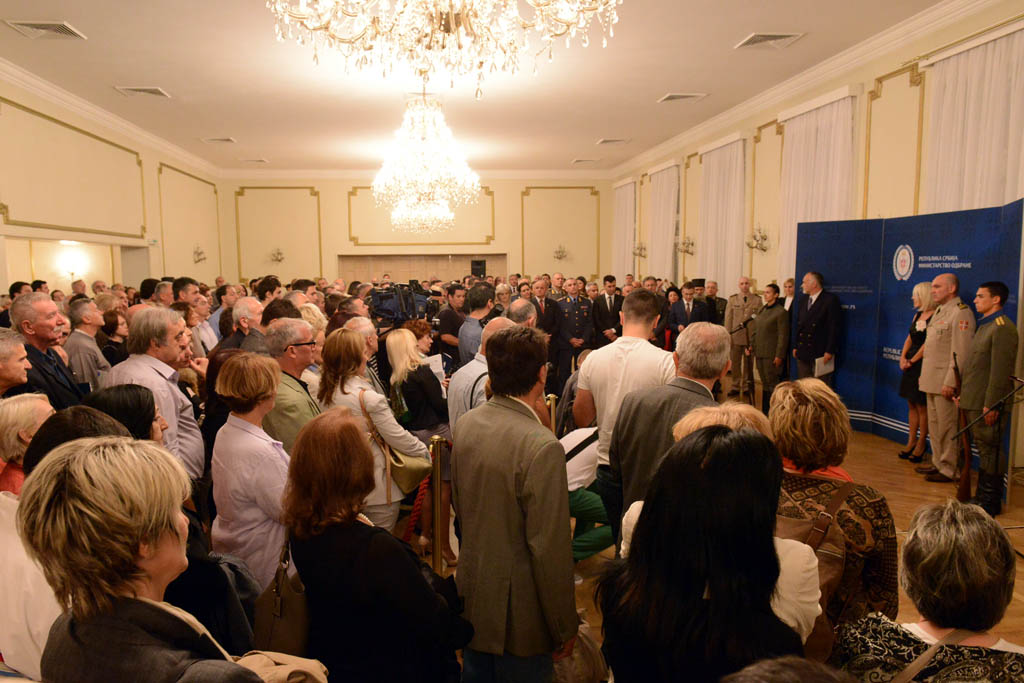 Milunka Savic is the most decorated woman of the Great War. She is a holder of a gold Karadjordje star with swords, gold Medal for valor "Milos Obilic", the Legion of Honour grade IV (officer), the Legion of Honor V degree (Knight), the French War Cross, Albanian Commemorative and jubilee commemorative medal of the Salonika front. She was born in the late 19th century in the village of Koprivnica , near Raska. In the late 1912, she voluntarily joined the Drina division of the Serbian Army and took part in the Balkan Wars as a man Milun Savic. Her identity was discovered only after being wounded in the chest in Bregalnička battle in 1913. With the outbreak of World War I she signed up in the Army as a woman and had been assigned to the Second Infantry Regiment "Prince Michael", the famous "Iron Regiment". She died in October 1973 and was buried in the family tomb at the New cemetery .

This is just one of the events which will mark 40 years since the death of Milunka Savic in the forthcoming period. After opening the exhibition there will be broadcasting of a premiere of SBC documentary film which was announced for the beginning of the next month, then the website is soon to be presented, a sort of digital museum dedicated to our heroine, and in the meantime, a transfer of remains of Milunka Savic to the New cemetery in the Alley of the Greats has been planned.