On that occasion, General Zivak pointed out that it has been a great day today for the Air Force and Air Defence of the Serbian Armed Forces, because it was after many decades that two Mi-17 V5 helicopters have been delivered, as they are extremely important in terms of increasing the transport capacity for the execution of regular tasks of the Serbian Armed Forces and support to civilian authorities. 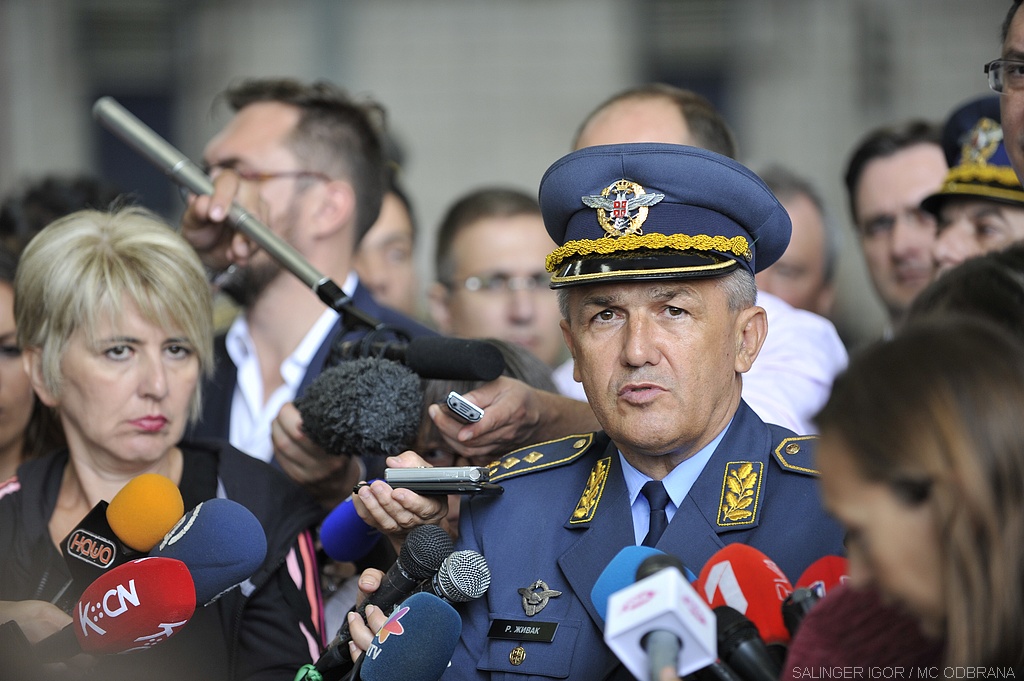 - It is also important for our people, who are very satisfied because they can see that something is changing for the better, that the process of acquisition continues and it will continue to be carried out in accordance with our needs and possibilities – the Air Force and Air Defence Commander said adding that certain number of members from the flight and technical staff were trained in the use and exploitation of these aircraft, as well as that all the conditions were provided for these helicopters to be included in the armaments and fielded in AF&AD of our armed forces, after reception and technical tests. According to Prime Minister Vucic, today's delivery is worth 25 million and 349 thousand euros, with all the spare parts, and although this is a very expensive investment, these aircraft will significantly improve the capacity of the transport aircraft. Prime Minister Vucic thanked the Ministry of Defence, Yugoimport SDPR and SMATSA, and everyone who helped in the purchase of these aircraft.

- I am grateful and proud of the people because I saw that they are happy and satisfied that after 36 years we got new helicopters in the transport aviation. I will be more open than General Zivak, who is modest when he says that we need to follow our possibilities, but stronger Serbian economy will be able to strengthen the Serbian Armed Forces and that is what will be the trend in the period to come – Vucic said, adding that efforts are being made to improve the position of the members of the Serbian Armed Forces by the end of the year in the form of increasing their income.

Speaking about the plans for equipping the AF&AD, Prime Minister Vucic, assessing the state of fighter aviation as critical, announced that the improvements are expected in this area as well and that more funds will be projected for fighter aviation in the budget for 2017 already, mainly for MiG 29 M2 type aircraft.

As regards combat aviation, there is slightly better situation when it comes to combat helicopters Orao (Eagle), Galeb (Seagull), where we have problems with spare parts and ordnance, but we are trying to improve this situation. Regarding the air defence and radar systems, we will have to purchase three-dimensional air surveillance radars and to improve and upgrade our air defence by medium-range missiles, and I believe that we will have the strength for all this in the next three years – the Prime Minister assessed adding that the resources of the fighter aviation are expiring in 2018 and 2019, so we must go into overhauling and extending their shelf-life. 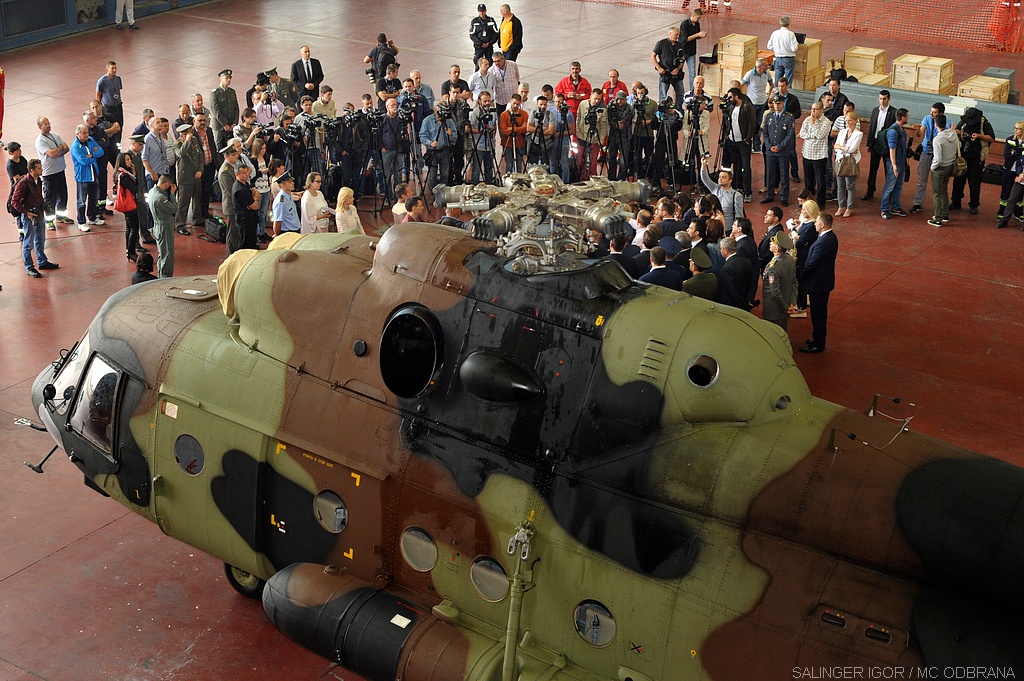 The Serbian Armed Forces, as Prime Minister Vucic pointed out, will be better equipped and more modern, but during the next year, as he announced, fielding of the systems NORA, Lazar 3, as well as procurement of the state-of-the-art-equipment for 1,500 soldiers has been planned.
- In these modern circumstances, we have to take care of the security of our country – Prime Minister Vucic said. 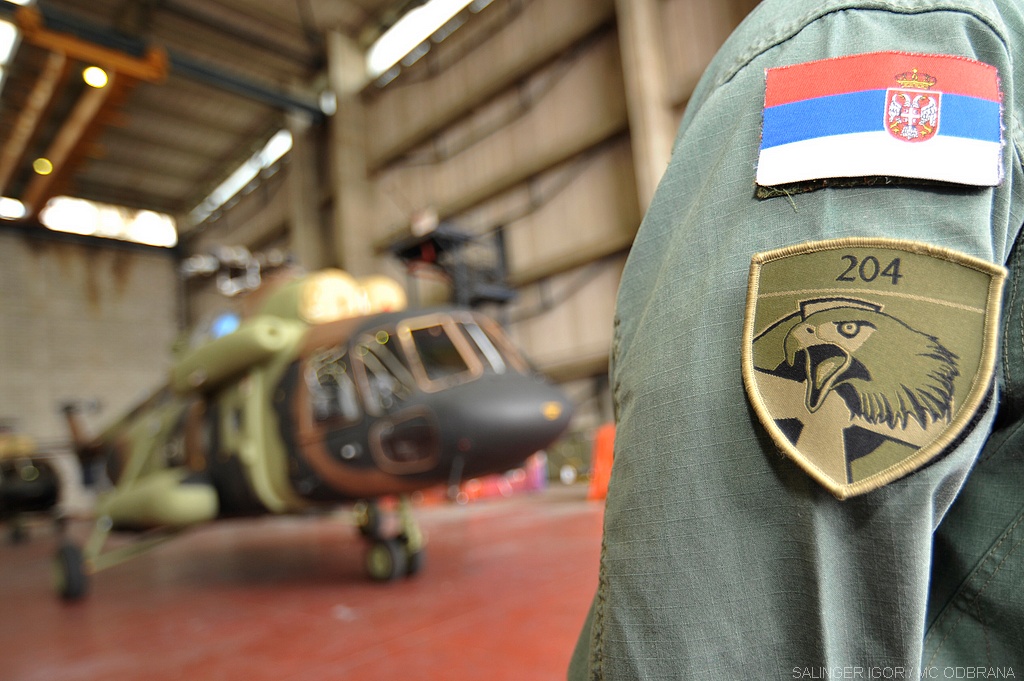 The rotors on helicopters will be installed in the next few days, and the test flights will be carried out on 1st and 4th July, after which they will be included in the regular armaments of the Serbian Armed Forces.

Responding to the journalists' questions, General Zivak pointed out that, when it comes to assistance to the civilian population, the transport capacity of eight transport helicopters has been projected.

- We have six Mi 8 transport helicopters and they are at the end of their career, being 35 years old, and now we received another two. Our plan and estimate is to have six and eight helicopters according to the possible dynamics. We are currently doing overhaul of two transport aircraft abroad that will contribute both to the increase of transport capacities within the country, as well as for the support of our forces that are deployed to peacekeeping operations, primarily the AN 26 plane – General Zivak said.